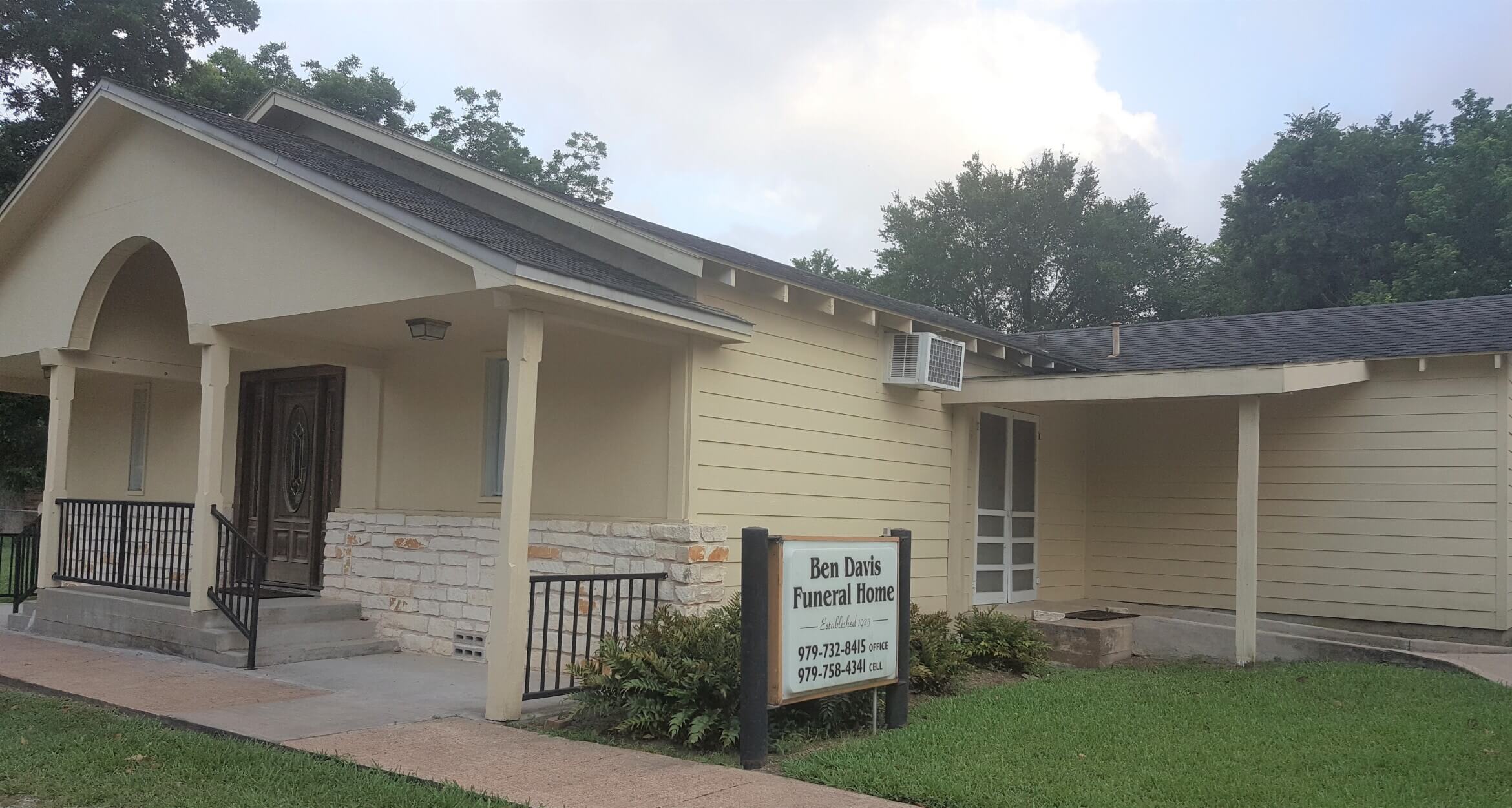 Ben Davis Funeral Home was established in 1925 by Mr. Ben H. Davis, who was one of Columbus' prominent businessman.
In 1934, Lottie C. Watkins Davis entered into holy matrimony to Ben H. Davis. One year later, she became a licensed funeral director and the following year, she attended the School of Mortuary Science and received a certificate in embalming. They lived happily for 20 years until his passing in 1953, after which her career as a business woman began. It took prayers, courage, strength, and determination to have successfully managed and uphold the high standard and quality of service for which Ben Davis Funeral Home is known for all over the state of Texas.
In 1976, her nephew and business partner, Winston E. Watkins, Sr., who was also a licensed funeral director, became the manager for Ben Davis Funeral Home. After Lottie's passing in 1978, Winston remained the manager/owner of the funeral home until The Henry Family acquired it in 1993.
Being that the funeral home was well-known throughout Texas including Colorado County and the surrounding areas, The Henry Family, who also was born and raised in Eagle Lake, Texas, decided to honor and keep the name of Ben Davis Funeral Home.
The Henry Family, which includes Mr. and Mrs. Eugene and Narva Henry, expanded the vision of Ben Davis Funeral Home, and transformed it into a constantly evolving family business that works tirelessly to make sure that every family receives the finest, personal care.
To ensure that each family properly celebrate the life of their loved one, The Henry Family has made renovations bringing Ben Davis Funeral Home into the 21st century. They welcome all faiths, denominations, cultures, and lifestyles.
Ben Davis Funeral Home currently service families in Colorado County and surrounding areas including Harris County, Houston, Texas.

Our History
Our Staff
Why Choose Us
Contact Us
Testimonials